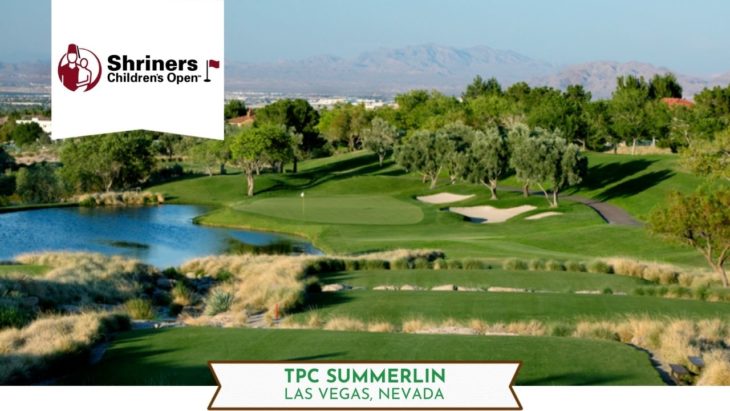 Yoooooo what's up fellow golf feens!? AC here offering you my thoughts on Shriners Children's Open DraftKings plays & fades. This is the first week I have separated the picks from the weekly preview article. So I hope you like it. Let's get you set to see some green screens on DraftKings.

You can find my complete breakdown of the field, course, and key stats in the weekly preview. As for players, it's looking like a lot of the field in DFS is going to spend up for Patrick Cantlay. I don't blame them and may join. Sungjae Im is also rolling in chalk. Along with Joohyung (Tom) Kim. Taylor Pendrith, Cameron Davis, Aaron Wise, and Max Homa should also be monitored for possible pivots. Here are the picks!

I think you could feel good rostering everybody up here. They all grade out really well and are all in solid form. Noren would be the scariest for me but everyone knows he's my boy and he was on it last week in Scotland. I think Homa is quite a bit better of a golfer now than in the last few years. But, this place has chewed him up. Three straight MCs and the only player in the range who's lost strokes to the field at TPC Summerlin. In fact, there are only four players with a worse track record over the last five years.

The chalk is worrisome with the top stud but Cantlay is just really great at golf. Easily the best player in the field. You gain a ton of leverage if you fade but he may also carry a lot of lineups to the tip of the green. He hasn't finished worse than T8 in his last four tries. Impressively, the other three are a win and two runner-ups. If you eat the chalk, it's easy to make it up elsewhere.

I thought Montgomery was going to be more owned than he is projected but I think a lot of people fired the early numbers and are letting it ride on the betting side. Montgomery was one of the best birdie makers on the Korn Ferry Tour (KFT) last year and also fits the UNLV narrative. He's coming off back-to-back top 10s at the Sanderson Farms and Fortinet. If you add his last three KFT results, it's five straight T9s or better.

Probably doesn't come as a surprise to see Cam Davis up here. He's in my lineups 95% of the time, including Showdown. The dude just loves making birdies. Over the last six months, he's top 5 in tee to green, opps gained, birdie or better %, Par 3 scoring, and Par 5 scoring. He may get a little chalky too.

To be honest, other than TP, I am not really rushing to get any of these guys in my lineup. I probably won't play any. With Riley out, there isn't much grabbing my attention in a shootout-style event. TP's game away from the green has been stellar in his last few events. However, the 11+ strokes lost on the putting surfaces is kind of alarming heading into a putting event. bent is far and away his best surface so I still like him. The rest of the numbers are impressive.

Postman has some solid model numbers as well but they aren't blowing me away. He's strong with the flat stick and can go low because of it. The recent visits to TPC Summerlin are a little scary with just one cut (T27) in his last three tries. Fortunately, a T4 in 2017 is something to hold on to.

McNealy's history is even worse than Poston's. He also has three missed cuts in the last four. A T37 is his best. The putter is likely the only reason he's still on tour. Two-putting every hole for par isn't going to get ya very far this week.

Check out the Tour Junkies DFS Picks Show for all of Pat's and special guest Joe I's picks!

So many options in this range every week. I think it's always the make-or-break range. I could have easily listed at least six names I was contemplating for a spot in my lineup. Well, here we go with Mito again. He's crushing the models but only projected to be ~7% owned. I'd be in any way but that's just silly. In his first attempt, Mito finished T40 last year. The form wasn't great to end the season but I'm willing to get on the train early if it offers a special ride!

I landed on Hadwin and Kitayama in part due to their ownership. Both are projected to be sub-10% owned and I like it. Hadwin likes this course. Six attempts. Five made cuts. Worst finish was a T34. Three of them resulted in top 10s. Kitayama is another UNLV alumni and e's been playing well across the globe. Over the last six months, he's top 10 in opps gained, birdie or better, and DK scoring. He's only played the Shriners once, back in 2019, which resulted in a missed cut but I'm not going to worry about that.

My model is telling me to play Gotterup so here we are. The stats look nice. He's 16th in my mixed model and 20th in my custom model. The approach game is top 15 in the field and he's 4th in approach over the last six months. He'll be making his debut this year.

Higgo and Hall were actually teammates at UNLV in 2018. It didn't seem to help Higgo as he missed the cut last year but Hall earned a T8. The two have been on opposite sides as of late as well. Higgo finished 3rd last week at the Sanderson Farms while Hall missed the cut.  My confidence level isn't super high with either but then again, that's why they are in this range.