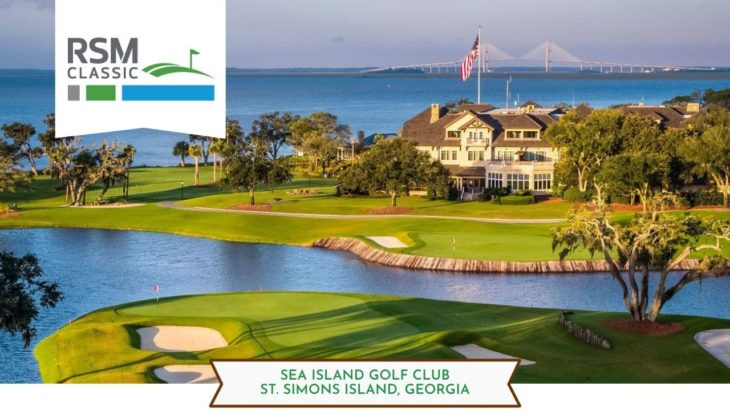 The sea island mafia returns home to defend their turf

The final event of the Fall swing takes the PGA Tour to the east coast and St. Simon's Island, Georgia. Tony Finau looks to go back-to-back as a huge favorite heading into the week coming off his fifth PGA Tour win at the Houston Open. The Christmas break is near but first, The RSM Classic tees it up on the Seaside and Plantation Course at Sea Island Golf Club. Let's get you set to see some green screens on DraftKings this week.

The Field and Tournament Details for The RSM Classic

The last event before the Christmas break gives the gift of one final birdie fest. Things have gone one of two ways since the RSM Classic was renamed and moved to the split course rotation. Either it's a blowout or a playoff. Talor Gooch was the smallest margin of victory in non-playoffs at three strokes last year. Austin Cook won by four and Kevin Kisner won by six. The other four have been decided in a playoff. Regardless, the scoring is plentiful. Players will rotate through each course for the first two rounds before closing it out at Seaside for the final two rounds.

Sea Island has become a breeding ground for tour players with the likes of Taylor Montgomery,  Patton Kizzire, JT Poston, Zach Johnson, Jonathan Byrd, Harris English, Michael Thompson, Trey Mullinax, Keith Mitchell, Matt Kuchar, Garrick Higgo, Will Gordon, Ben Griffin, Andrew Novak, Davis Thompson, Greyson Sigg, and Brian Harman all residing and/or training in the community. Ya... quite a few. That doesn't even include Davis Love III who helped renovate the Plantation course. All of the above are in the field this week.

Interestingly enough, a member of the Sea Island Mafia has never won The RSM Classic.

Their chances are a bit higher this week as this is likely to be the heaviest they've been and much of the top echelon is elsewhere in the world. The DP World Tour Championship takes place alongside the RSM and so does the prestigious Dunlop Phoenix event in Japan. Several big names have been swallowed up by both events.

Tony Finau is a WD due to injury (Tuesday)

Seaside is a Par 70 tipped out at just over 7000 yards along the shore. It features wide fairways and large greens. It's not a typical Par 70 layout having just three Par 3s and three Par 5s. Though the scorecard reads over 7,000 yards, Seaside plays over a hundred yards shorter on average and is the fourth shortest course played on tour.

With the wind being its main defense, Seaside also boasts the third most water hazards of any course on tour. However, neither of those affects driving accuracy much. Fairways are hit more than 76% on average. Missing them though... very bad. There are 47 bunkers, all that water, and some Bermudagrass rough which leads to the most missed fairway penalty fraction of any course.

The greens are lightning fast, firm, undulated, and have that sweet, grainy bermuda roll. Seaside will be played an additional two times for those that make the cut.

The Plantation course is more inland, tree-lined, and plays at similar yardage but adds an extra Par 5, playing as a par 72. Each player will only see Plantation once over the first two rounds. Before the 2019 renovation, Plantation was the easier course. Now, not so much. Even with Seaside's vulnerability to the wind, Plantation can be harder given the landscape and breaks in the trees.

Plantation has water in play on 10 holes and almost two times more bunkers than Seaside. The greens are quite a bit smaller and slower than Seaside but feature the same grass.

The forecast actually looks pretty good albeit chilly. The wind will likely be up a bit more in the mornings but right now we don't see much of anything over 10 mph. It is early though. Will update closer to lock.

Driving distance is not a weapon. That's not to say drivers won't be used but the bombers will have to choose wisely. OR be deadly accurate. There will be a lot of clubbing down but I'm still interested in strokes gained off the tee. Just a bit more emphasis on finding fairways. Greens in regulation come easy as well but you need to find the right tier of the green and I'll lean on approach stats and opps gained to find the dart chuckers.

Putting has proven to be hugely important at both courses and notably difficult to read the greens. Long-term putting and specifically putting on Bermudagrass is worth a look and one of the reasons I'm leaning on course history. It hasn't proven to be a monster advantage but we've seen players like Streb and Hughes peak at the top more than once.

As far as scoring stats, birdies and DK scoring are always a must in a shootout. Par 5 scoring is a must for me as well. I'll also look at 400-450 Par 4 scoring as 10 of the Par 4s on Seaside will play in that range.

Other than what's been mentioned, I'll look at recent form, history at short courses, coastal courses, playing in the wind, and birdie fests.

Here's a tidbit from our Nut Hut in-house caddie: "The new Plantation course has been beefed up really well so there’s not as much difference across the first two days as in years past. It’s less exposed to the wind than Seaside but can create a little more indecision compared to the obviously exposed. Off the tee on Seaside, you’ve got the ability to club down and the fairways are generous and there’s always a bailout on one side. With that said, there are quite a few “hazards” to contend with if you’re off the mark."