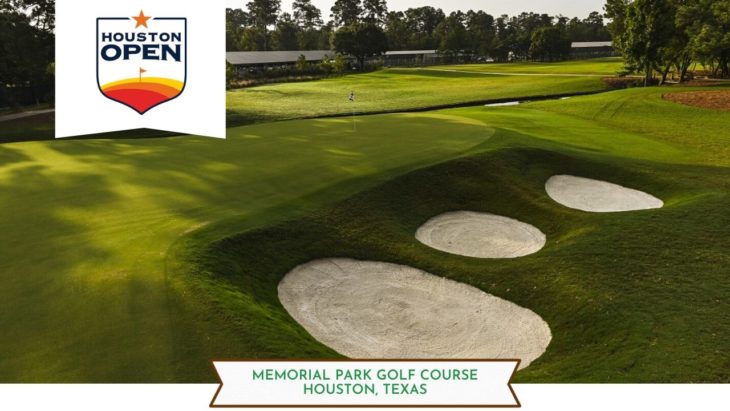 Just two events remain in the fall swing and after two weeks outside, the PGA Tour returns to US soil. World # 2, Scottie Scheffler headlines a field in his home state with the likes of Sam Burns, Tony Finau, and Hideki Matsuyama. Memorial Park Golf Course in Houston, Texas is set to host the 2022 Cadence Bank Houston Open. Let's get you set to see some green screens on DraftKings this week.

The Field and Tournament Details for THE Houston Open

Scottie Scheffler looks to retake the top spot in the official world golf rankings this week. Rory McIlroy is not in action so a win will do it for the Texas native. All things considered, it's not a bad bet. Scheff has a solid resume in his home state.

The rest of the field has a few gems. Scheff tops the pricing at $11,500. His closest competitor is his good friend Sam Burns at $10,700. Tony Finau, Hideki Matsuyama, and last week's Mayakoba champ, Russell Henley, round out the 10k options. The $9k range leaves less to be desired. Aaron Wise, Taylor Montgomery, Jason Day, Maverick McNealy, Sahith Theegala, Denny McCarthy, Emiliano Grillo, and Joel Dahmen. Not too excited to fire off anything in there but do have some interest in the $8k range. Matthew NeSmith, Si Woo Kim, Alex Noren, Andrew Putnam, Taylor Pendrith, Davis Riley, Adam Hadwin, Sebastian Munoz, Keith Mitchell, and Taylor Moore all deserve a closer look.

The Houston Open used to be the last event before The Masters in early April. When the schedule changed, so did the venue. Memorial Park Golf Course has been home the last two seasons and has reduced the scoring. One thing is for sure, there will be a new Houston Open champion. The two dumb-dumbs who won the last two went to LIV.

The PGA Tour visits Memorial Park Golf Course for the third straight year. The over-80-year-old public course used to host the PGA Tour regularly but stopped in 1963. Before the Houston Open returned in 2020, Tom Doak completely renovated the course. Most of the changes included added length to each hole and the removal of 40 bunkers.

At just over 7400 yards, this Par 70 features Bermudagrass tee to green including some nasty Bermudagrass rough. It boasts five par 4s nearly 500 yards or longer, three par 5s, one at over 620 yards, and five par 3s. This week will definitely favor the long-hitters. However, the scorecard distance is tipped out. The actual yardage has played closer to 7,100 yards. With above-average-sized greens, very little water, and only 17 bunkers, the course would seem getable but it is far from it.

The distance is one thing but accuracy off the tee is important as well with what lies just off the fairway. The rough helped produce one of the lowest greens in regulation % of all stops the last two seasons. The greens are quite tricky as well. A lot of run-offs. Thru two stops, Memorial Park has played as the fifth longest and fourth toughest course on tour. Then there is the wind. It is still early but the wind will definitely be a factor this week.

As expected in Texas, there will be some wind. Thursday AM and Friday PM currently have a bit of an impactful breeze. Something to keep an eye on for wave-stacking. The weekend, on the other hand, may keep scoring in check.

I think it's a pretty standard week for stats. Need to be solid in the ball striking department to plot around this course. Distance off the tee is an advantage but irons will be key. The GIR numbers are pretty low and so is driving accuracy. We know the rough isn't the most penal but it's been hard enough to hit and hold the greens. Adding a shot out of bermudagrass rough is never an ideal spot. Good Drives gained is a nice look for the guys that don't always hit the fairway but do connect with the putting surface.

We do know putting is definitely a factor. Only two players (Scheff & Burns) have been able to score a top 10 without gaining a bunch of strokes on the green. Scrambling and strokes gained around the green are also below average. The grass makes things tough and the slopes of the green don't help! Mix these three things together and this course screams bogey avoidance. When the winner struggles to get to double digits, you gotta keep the bogeys off the card.

There's a wide variety of holes this week and the way the tour sets up the course is typically different than what the scorecard reads. With that said, this place has the toughest Par 5 scoring of any course on the annual rotation. Keying into who does best on 550+ yarders should help boost some scoring. Speaking of, a pinch of DK scoring in your model is still wise even when scoring will be limited.

Here's a tidbit from our Nut Hut in-house caddie: "Wall to wall Bermuda, plays fast, long, big/plays small/hard to hit greens, meandering fairways, loooong holes, dinky par 3s with penal pins, long par 3s, and dramatic runoffs on nearly every green. Scores showed it last year - you can maybe get this place once or twice in four days, but not every day. It’s tough."