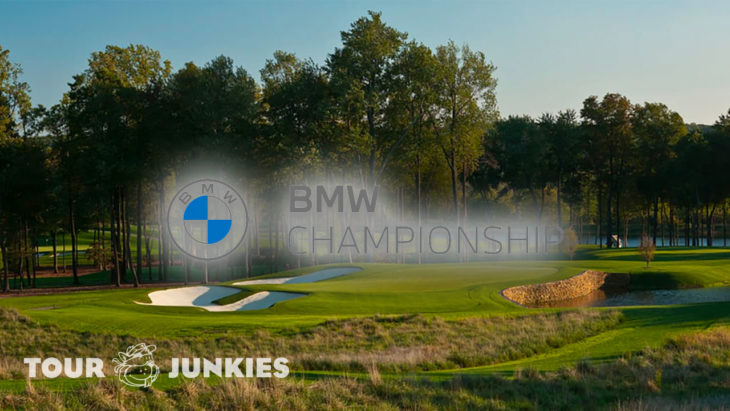 DraftKings Picks for The BMW Championship 2021

We had to wait a whole extra day and it came down to a playoff once again but it wasn’t near as long as Tony Finau had waited for his first real PGA Tour win. Finau won The Northern Trust at a rain-soaked Liberty National on Monday evening to take the lead in the FedEx Cup Playoffs. The penultimate event of the 2020-21 PGA Tour season is on deck as the top 70 heads to Caves Valley Golf Club in Maryland for the BMW Championship. Let's get you set to see some green screens on DraftKings this weekend.

The first event of the PGA Tour’s 2021 FedEx Cup Playoffs came down to the wire with weather forcing play to Monday and Cameron Smith and Finau battling it out in an extra hole. Top Ten Tony is no more! Northern Trust Tony it is. Also a shoutout to RJ Miller who won the season long Nut Hut Listener League Championship and will tee it up with DB & Pat in Georgia. A new season with great prizes kicks off with the new PGA Tour season so join us in the Nut Hut and surround yourself with some of the sharpest and humorous peeps in the community.

Just two events remain in the 2020-21 PGA Tour season and only the top 70 in the FedEx Cup rankings will tee it up in the BMW Championship at Caves Valley Golf Club. The 2020 BMW Champion Jon Rahm, which was played at Olympia Fields CC, returns to defend his title and as the world # 1. Xander Schauffele, Jordan Spieth, Justin Thomas, Dustin Johnson, Brooks Koepka, Collin Morikawa, Finau, Louis Oosthuizen, Smith, Rory McIlroy, Bryson DeChambeau, Patrick Cantlay, Viktor Hovland, and Daniel Berger round out the $9k and above range on DraftKings.

Just the top 30 golfers in the FedEx Cup standings will move on to the Tour Championship at East Lake next week. There will be lots of jockeying over the weekend with the likes of Billy Horschel (27th), McIlroy (28th), Charley Hoffman (29th), Max Homa (30th), Kevin Kisner (31st), Keegan Bradley (32nd), Si Woo Kim (33rd), Cameron Tringale (34th), and Marc Leishman (35th) hovering around the bubble.

Patrick Reed, who sits in 26th place, withdrew from the Northern Trust prior to teeing off on Thursday has now been hospitalized with Pneumonia and has been forced to withdraw from the BMW Championship. 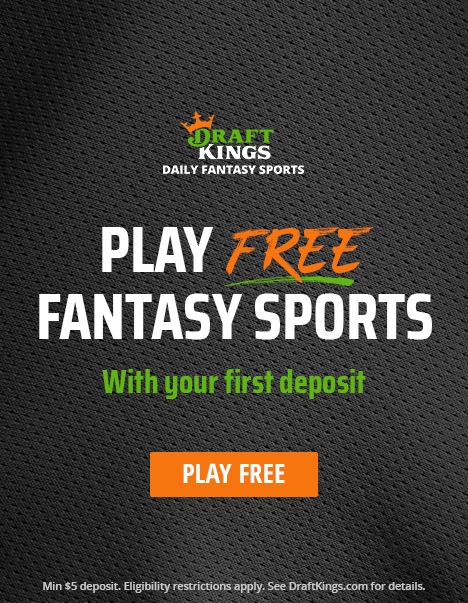 The Tom Fazio designed Caves Valley Golf Club (CVGC) will see its first action on the PGA Tour this week since it opened in 1991. CVGC is a 7,500 yard par 72 which features bent grass greens, tees, and fairways. The rough is a fix of fescue, ryegrass, and bluegrass which is cut to 3” and will likely cause some issues off the tee and around the green.

Tight fairways, small greens, penal rough, and soft conditions are in store for the field this week. Bombers will be able to avoid a lot of trouble spots and bunkers. Greens are quick and slopey. The course is long. Long par 3s. Mix of short and long par 4s and four par 5s over 550 yards. Water is in play on five holes and apart from some trees surrounding tee boxes and the course as a hole, it is mostly open.

Without any course history to go on, you can rely on stats from other Tom Fazio designs like Quail Hollow, Shadow Creek, Conway Farms, Sea Island and then just long courses with bent grass greens such as TPC San Antonio, TPC Twin Cities, Augusta National and last week’s course, Liberty National.

New courses tend to favor the best ball strikers. This week we are putting a heavy emphasis on driving distance, strokes gained off the tee, and approach. Fairways and greens and regulation will be important for setting up good lines into the greens and then holding the greens as well which feature elevations and runoffs. Around the green game will be important too. Hole by hole, the field will face three par 3s between 200-225 yards, three holes under 400 yards which will be driveable for several of the guys, and all four par 5s being over 550 yards. Birdies still should be a premium though so fire up the opps gained and birdie or better %.

The weather doesn’t look like much of a factor right now with pretty calm winds throughout the week though there is a risk of rain and thunderstorms almost every day so expect the conditions to be soft and perhaps even some lift, clean, and place which will favor the guys hitting the fairways.

Each week I will give you my plays and a fade from each DraftKings salary range.

I pivoted to Rahm last week and it paid off in the end. His attitude is great and he’s just playing such good golf right now. The top spot is almost always a fade for me but Rahm is an auto lock in my opinion to pay off this week. Staying with the theme of smashing the piss out of the ball, Brooks and Bryson. Both are elite off the tee and can pile up birdies with the best of them. They both also show up when it matters… generally. Hopefully their beef sees them both crush it and we finally get a Sunday final pairing with the two of them head to head. With Morikawa’s back still in question I think I’ll pass this week. The talent is so good at the top that if there is a risk, I think find an alternative is pretty easy.

Deki rates out really well for me this week. Top 10 tee to green, opps gained, birdies, DK scoring, and solid in GIR, distance and fairways. Great track record on bent and has finished 3rd the last two years at the BMW. I was kind of hoping Conners wasn’t going to do so well last week cause I had my eye on him here but man, how sweet was he? Top of the pile in fairways, off the tee, and GIR. Just have the putter under control and we can expect another big week. I think this course might be too big for Webb. Regardless of that even, he’s just not all the way there yet.

No shock to see Noren here, I’m sure, but when one of your favorite players is playing really well you gotta stay on the train. Clutch performance last week and if he wants to keep his season alive he will have to do it again. I haven’t played much of Champ but he fits the mold this week. Bomb the piss out of it! Fortunately, the irons and putter have been great as well. Vegas is another bomber that has been riding some solid form. Near the top of my model this week with some great ball striking, GIR%, and birdie making. Fading Sergio. Hopefully he keeps his eyes closed off the tee as well.

It’s hard not to like Cam Davis with the boys here. Guy is a stud and my favorite play but the ownership is getting way too high right now that I think I’d rather eat chalk up top then way down here. Grace has a solid tee to green game including 14th in approach over his last 12 rounds. He also has a great putter, hits my numbers for the par 3s and 4s, and top 10 in DK scoring. Munoz is another guy popping but is carrying just as much ownership as Davis. The numbers are great though. Ball striking, approach, opps agained. So good lately. You definitely can’t play both unless you go way off the board up top. It is doable. Kizzire kinda stung last week but he made the cut and did get a fair bit of DK points. Just too many bogeys. Hopefully the putter gets hot cause the rest could be there. He does need a good week to play in the ‘Ship.