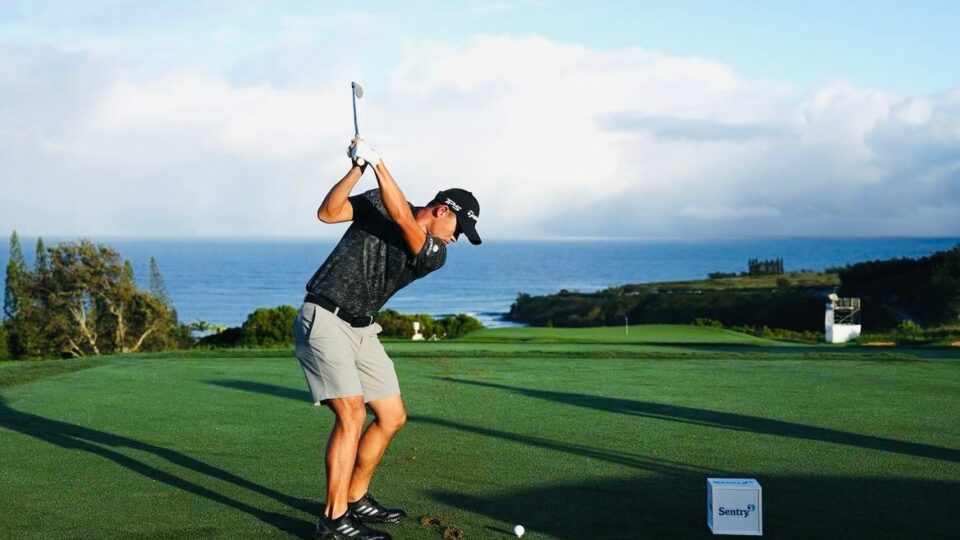 The Aloha Swing of the PGA Tour Produces Two Collapses To Keep In Mind For The Remainder Of 2023!

The PGA Tour Heads to Hawaii For the aloha swing!

Aloha, golf fans! The PGA Tour is back and I am excited about the 2023 season! To kick off the New Year, players traveled to Hawaii for the Sentry Tournament of Champions, followed by the Sony Open. I love watching Hawaii golf. The settings offer the best views all season. By far. From the whales splashing in the ocean to the surfers shredding the local break, these tournaments provide color for the rest of us experiencing cold, gray winters across the US. So make a Mai Tai (shoutout Patrick Cantlay), sit back, and enjoy!

Collin Morikawa Collapses At The Sentry Tournament of Champions!

In a cruelly ironic scene, Collin Morikawa nearly ended his 17-month winless streak with a W at the Sentry Tournament of (Mostly) Champions! From Thursday to Saturday, Morikawa topped the stats sheet across the board. Making 6 birdies in a row on Thursday, the 25-year-old opened with a 64. Tying his lowest opening round ever, he kept his foot on the gas. Going 6 for 6 in scrambling through 54 holes and completing that tremendous short game with lights-out putting. He never blinked. While we are not used to seeing such prowess on the dance floor, Collin appeared steady as ever over each putt. Everything seemed to be smooth sailing until the back nine on Sunday, which is when most folks say that designated golf events begin. After not making a bogey for 67 holes, Morikawa quickly made 3 in a row. The only player to do so during the entire event. During the 14th and 15th holes, Morikawa thinned a bunker shot, failed to save par, chunked a pitch shot, and made another bogey. On a course that includes tricky grain and unconventional golf shots, Morikawa and his arsenal of stock irons could not survive the unique test.

The 36-Hole Jordan Spieth Experience at the Sony Open!

After moving from first to worst in two days at the Sony Open, Jordan Spieth collaboratively collapsed like Collin Morikawa! On Thursday, Spieth came out and put together a flawless 64 at Waialae Country Club. He carded 7 birdies in round 1. This is the 10th time in his career he’s shot 64 in the opening round. Two of those tournaments he went on to win: The Masters in 2015 and Travelers in 2017. However, come Friday afternoon the Texan was trunk slamming or should I say, RV slamming. After making four consecutive bogeys and shanking a bunker shot, Spieth faced an 11-foot birdie putt on 18 to get in the weekend. Missing the putt with a look of disgust on his face, Spieth finished one shot short of the cut. In his post-round interview, Spieth embraced the weird day he endured with calmness and grace. Since Matt Every at the 2020 Arnold Palmer Invitational, Spieth is the first player to end Thursday in the lead only to go on and miss the cut by Friday. On a side note, Jordan Spieth plans to travel by RV for the season. Apparently, his wife loves glamping. Hopefully, his drive back to the mainland on Friday evening wasn’t too dismal.

PGA Tour Storylines To Follow as Golf Season Revs Up!

As far as narratives I am looking forward to during the 2023 season, three items are on my agenda. First, I am excited to follow the broadcast commentary in regard to LIV Golf. During the tournament in Kapalua, Paul Azinger made two comments that stuck out to me. In the third round, he emphatically said, “This isn’t a 54-hole tour, this is a 72-hole tour!” As Morikawa choked away the event, Zinger brought up his favorite collapse with: “The one I remember the most is when Greg Norman collapsed at Augusta.” Complementing Zinger’s stingers, the PGA Tour’s new slogan this season is “The best golf is played here!” Refusing to pull punches, the broadcasters aim to downplay LIV. And then again, why shouldn't they? Second, I am anxious about the Masters. Inviting LIV players to partake in the tournament welcomes plenty of tense nerves that might surface in an ugly way. Not to mention the potential awkwardness of the Champion’s Dinner. Where will Patrick Reed sit? Finally, I am eager to discover which young star breaks through this season. Could Cam Young, Sahith Theegala, or Will Zalatoris take over the league this year? Is Tom Kim him? With so much young talent brewing on the PGA Tour, I hope one of them grabs a major by the throat!

The PGA Heads to the West Coast!

Selfishly, I hope we see more of these trainwreck downfalls. Experiencing storylines like these early in the season adds such meaningful context to follow along. Like scratching off a lottery ticket-the anticipation gives you a high. So, the next time we witness superstars nearing a major breakthrough I encourage you all to ask yourselves a few questions. Will he let this slip away? Does my fantasy team survive here? Should I pick Jon Rahm every week in my DFS lineup? For sure. Ultimately, all we can do is ride the wave or Paris Hilton's golf cart as the season moves on to the Wild West. Mahalo!

As a freelance writer, Taylor McCutcheon will focus on golf adjacent, cultural content in the world of golf. Welcome Taylor to the team and help spread the word by sharing his content.