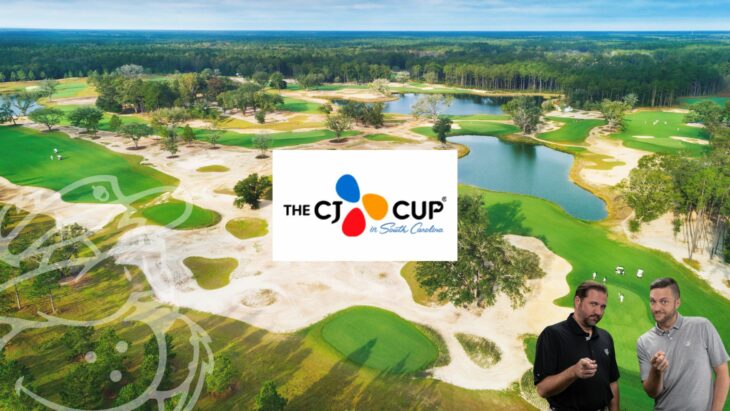 We're only a few events into the season but this week will be the first time we have seen most of the upper echelon since the FedEx Cup Playoffs. The PGA Tour ups the ante and the boys come to collect. With many of the field making the haul back from Japan, the likes of Rory McIlroy, Jon Rahm, and Scottie Scheffler look to get their PGA Tour season started off right. THE CJ CUP in South Carolina heads to Congaree Golf Club. Let's get you set to see some green screens on DraftKings this week.

The Field and Tournament Details for THE CJ CUP

Since departing Nine Bridges in South Korea in 2019, due to Covid, the PGA Tour has not yet returned. THE CJ CUP has since been hosted at two Las Vegas tracks; Shadow Creek and The Summit Club. This year, THE CJ CUP moves east to Ridgeland, South Carolina to play at Congaree Golf Club. The format remains the same. In fact, the format is basically the same as last week's ZOZO CHAMPIONSHIP.

The field is made up of the top players on the PGA Tour from last season, a handful of sponsor exemptions, and players from the South Korean pro circuits. In total, there will be 78 players in the field. This is also a no-cut event. The largest purse of the Fall is up for grabs which is a likely reason for the field strength. A total of $10,500,000 will be split up with $1,890,000 and a full 500 FedEx Cup points awaiting the winner.

Coming off of three straight top 5s worldwide since lifting the FedEx Cup at East Lake, Rory McIlroy makes his return to defend his CJ CUP title from last season. McIlroy will be joined by six of the top 10 and 15 of the top 20 players in the world rankings including world #1, Scottie Scheffler. Jon Rahm, Justin Thomas, Matthew Fitzpatrick, Sungjae Im, Sam Burns, Viktor Hovland, Max Homa, and Collin Morikawa represent the top range on DraftKings.

THE CJ CUP Past Champs

It is quite interesting that Congaree Golf Club has been selected to host this year's CJ CUP after the last two courses to host the event were also Tom Fazio's designs. We have seen Congaree Golf Club just once on the PGA Tour. It played host to last season's Palmetto Championship which was won by Garrick Higgo. The numbers haven't changed but the course is not likely to play the same as it did then.

Tipped out, the Par 71 plays a whopping 7,655 yards. However, in 2021 it played closer to 7,400 yards and was also soggy from a ton of rain. This year, it is playing much more firm and fast. The way it was originally supposed to. The course was designed to resemble the coastal sandbelt tracks of Australia. As such, the course has fairways and greens then a wasteland of sand and water. Rough does not exist at Congaree GC. There are 130 acres of sand around the course and water in play on 10 of the holes.

Bermudagrass as Far as the Eye Can See

The course is lined with Bermudagrass from tee to green. The greens are slightly above average in size but can be hard to hold. They are designed to repel balls with slopes and runoffs toward various hazards. Easily noticeable from the below-average green in regulation and scrambling percentage. Things that do not suffer are driving distance and driving accuracy. Both are well above the tour average due to the massively wide and long fairways.

The scorecard will be toyed with by the Tour throughout the event but as it stands, some of the short knockers will be in trouble. The course has three Par 5s, the shortest being 580 yards. The 4th hole spans out 645 yards! There are also some deep Par 4s. Five of them tip out at over 475 yards including a stretch of three Par 4s between holes 6-9. The shortest of them is 510 yards. The Par 3s aren't short either. Three of four are over 195 yards.

Well, it looks fantastic. Almost no wind for the first three days. However, some may find it a bit on the chilly side. I for one would enjoy it quite a bit. But, temps will fall below 50 for some of the earliest tee times. No rain in the forecast.

Regardless of the field strength from the first time we saw Congaree, it was clear that piping it with a little precision was a sizeable advantage. It will be fun to see how some of the best drivers of the ball in the world dismantle this place. Off-the-tee game will be heavy in my models. This is definitely set up to be a ball striker's venue and second shots will need to be a bit more accurate than normal. A solid mix of approach and opps gained will tell us who will hold these greens and set up birdie putts.

My scoring stats for the week will include Par 5 scoring, birdie or better, and DK scoring. I think there will be lots of negative numbers out there, especially if the wind is a no-show. With that said, I'm also going to include bogey avoidance and scrambling. There's a lot of trouble, a lot of sand, and a lot of missed green potential. Whoever gets up and down the most this week may end up winning.

Here's a tidbit from our Nut Hut in-house caddie: ""